Visit Grateful Bites
DONATE TO THE DIFFERENTLY-ABLED
Share this! 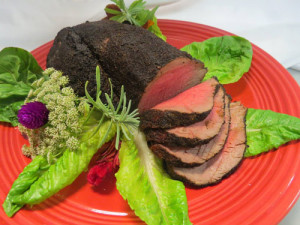 I have been on copious amounts of food adventures.

I have had squid ink pasta in Venice.

I have had eel sushi topped with fish row.

I have had cow tongue terrine.

I’ve tasted and eaten so many different things it’s hard to keep track of and looking back only just six short years ago, never did I think I would have gone on such adventures.

A bit over six years ago, I was a chicken fingers and French fries kind of girl. Yes, seriously. So much so that my family and I would go out to dinner, and we’d play the whole “what are you eating for dinner?” game, and they’d skip over me every time, because they knew. Now I didn’t just only eat chicken fingers and French fries, I often ventured to mac and cheese, hot dogs, deviled eggs, and if we were splurging then it was all things seafood. Yet I had myself convinced that I hated most foods and never once accepted an opportunity to try something new; that is until I went to college.

The culinary school I went to the students made our breakfast, lunch, and dinner. There were different kitchens to reflect the different classes: Mediterranean, Asia’s, the Americas, K-16 (which was short for kitchen 16, even though it had nothing to do with the type of food), and banquets. This is where I learned that if I don’t like something, I’m not eating. The running joke at CIA: it wasn’t the freshman 15; it was the freshman 30, because we were constantly surrounded by gourmet food. Because of my stubborn mindset that I didn’t like any foods, I actually lost weight– until my eureka moment.

One night at banquets, we were served an appetizer. It was a mushroom vol au vent, which is basically a nest made out of puff pastry and filled with a delectable filling. This particular puff pastry was filled with a mushroom cream sauce that had my dining companions groaning in pleasure. I, however, hadn’t even picked up my fork. A newly made friend looked at me and said, “You HAVE got to try this!” I briefly smiled at her enthusiasm and then stated that I did not like mushrooms. She looked at me and laughed and said, “You’re at the “Harvard” of culinary schools, being served food kids dream about eating while at college, she said,

“What’s the worst that could happen, you have to spit it out?”

And it was a huge wake up, oh yeah, I thought, I can just spit it out. So I tentatively picked up my fork, and took the smallest of pieces and placed it in my mouth. And would you imagine that I actually liked it? Liked it so much that I ate the WHOLE ENTIRE THING. Me, the girl who refused to try anything tried something she just assumed she hated and loved it.

That sparked my growing journey in food. I slowly but surely grew into tasting anything and everything I could possibly try, and at culinary school, it’s just about everything. This newfound freedom is something I relish today.

I also know how one of the autistic individuals at Ability 2 Work feel with their, “I don’t like” statements.

I can see how our culture as a whole supports picky eating and parents unwittingly participate. Most folks have formed such a fearful and unhealthy relationship with food.

Why has fast food become so successful? 1. It’s cheap, 2. its fast, 3. : It’s the same thing every single time. You know going to a McDonald’s in NJ, their Big Mac is going to be exactly the same in a McDonald’s in Indiana. There’s no extravagant flavors, there’s no unknown, there’s only simple dishes filled with complicated ingredients to satisfy the growing fear of different in food. Luckily, most societies are taking back control of their food, and fast food is dying due to the demand for better and healthier food, but still. Italy, a country known for their flavorful and delicious foods, actually protested the building of a McDonalds on the Spanish Steps by throwing spaghetti. And in all honesty, being in a McDonalds in Italy, the majority of people in there were tourists, not native Italians.

We’re so blessed to be in such a country that we have access to a plethora of variances in food. Within 30 minutes of my house I can have Chinese, Japanese, Thai, Indian, American, Hispanic, Portuguese, Jamaican, Italian, Irish and fresh seafood. Yet my town keeps getting polluted with these fast-food chains that demolish the capability of a small restaurateur to open something new and fascinating.

Treat yourself and your children. The freedom to roam the food spectrum is truly a factor that makes life enjoyable, creates conversation and adventures! After all, what’s the worst that can happen? That you have to spit it out?

At Baker’s Treat, we’ve started our own food freedom revolution. Often times those with developmental disabilities get stuck in a food rut because trying to foods can be sensory overload for them. Trying new things has proved to be challenging for them and us, but we’re trying, we are succeeding and we’re not giving up. And everyone who has tried something new has found new food they do like!

If you are not one of the customers who has noticed our continued varied menu—come check it out. Every week there are new foods to try: Indian, Italian, Mexican, American, French bistro, Portuguese, just to name a few genre’s.

We pride ourselves on scratch, farm to table, culinary adventures. See you in the café! Oh. And when you do come in, please ask for me—Ashlee. We’ll take a picture, has tag #mynewfoodadventure and post it on our Facebook page! We will be showing the pictures to all of our differently-abled and you will be one of their role models.

Thank you for your support! See you at Baker’s Treat!